Got on the water by 9am this morning. Haven't been this way in a month at least. Not much flow and lots of leaves on the slow pools made them hard to fish.


Got 10 on the found spinnerbait in the AM before the bite died off. Then a couple on fluke, then that was useless for a long time. Fish were there. Been on this stretch earlier this year with Brett. Wood ducks here and there, maybe a turtle, some vultures- then....

Redtailed Hawk. Was about 30' from me up in a tree. Never been that close without being in a car or kayak. 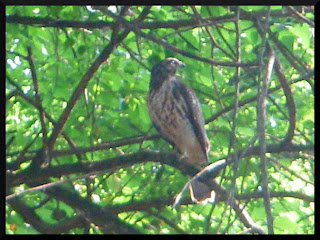 I threw shakey head french fry and pulled this 17"+ er off a deep rootwad. Chunky. 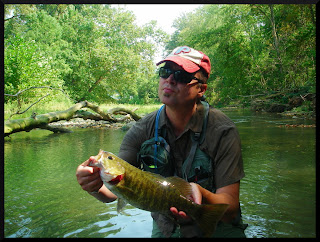 Next cast, a bass about 15-16" yanked my french fry. I only had one left and the seemed to want it if you let it sit in likely places. later a 15" from deep in wood. Then I lost the other worm out of my pocket after doing everything to keep it together- matches- reforming the tear etc. I was halfway through the wade. Nothing was working and I was halfway through the wade when I decided to run and gun a buzzbait and get out of dodge. Predictable results.

Burning the buzzbait as fast as I can was one thing I haven't done recently. It worked. First cat, this 17" fish and then another a couple later: 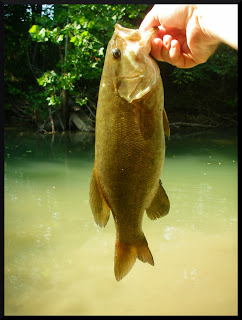 Found this fresh dead Wood duck-I guess it was dead didn't poke it. Great actor if it was faking. 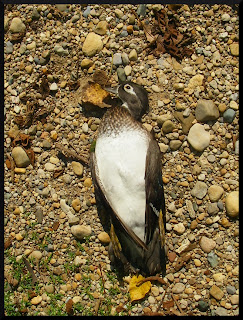 Buzzbait bite was on.

Highlighted by this 19" chunk in the same spot Brett missed several fish way back in the day. It initially missed a buzzbait, but I threw a fluke in and it got nailed. What a fight and 17" followed him in. Turned and fired up the other creek branch and nailed another 15" on BB. 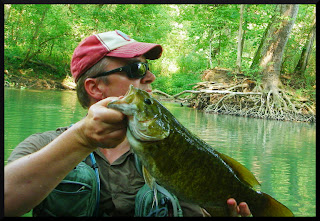