1st time on this stream, was pretty sweet: 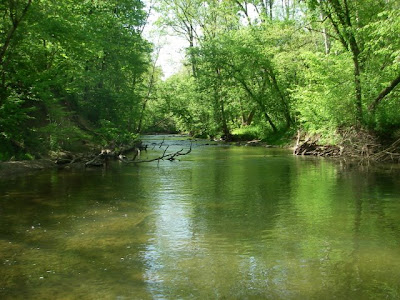 This 16.5" smallie had a mouth like a flathead catfish. It was followed in by another bass its size. 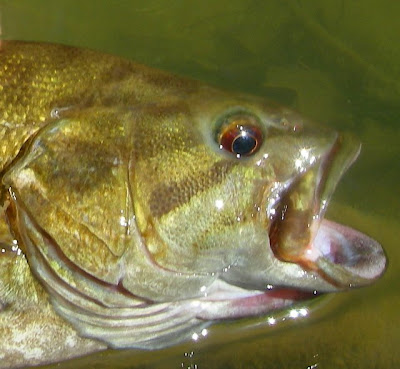 This would prove to be true all day. I'd hook one fish in the clear water and several would follow it. I remember this pre spawn schooling happening last year around this time. Catch one, spook the whole group. At one point, I had 6 or 7 14-16" smallmouth following a hooked fish to my feet. Of course, they wouldn't bite after. The way they were biting I could have had many more smallies today. The bass weren't trying to take the bait like they sometimes do in summer. Just following. Maybe sticking together since spawn is near/in progress? 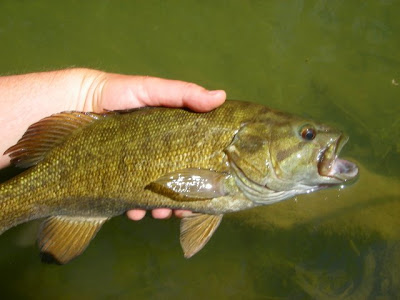 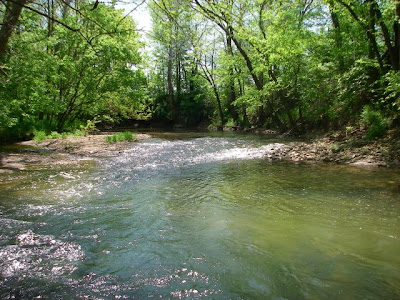 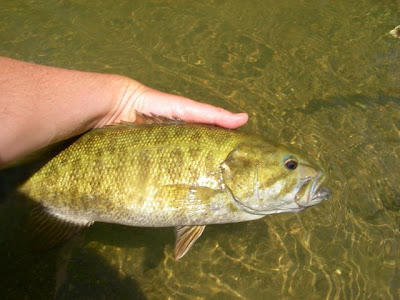 It hit under the log pile north of the laydown. Very surprised I got the fish out, as it pulled off quite a bit of line under the logjam. 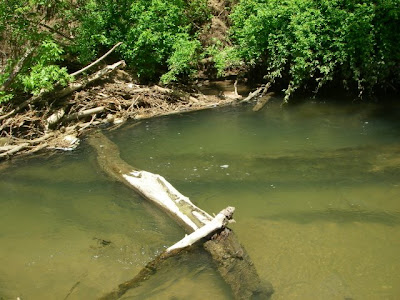 Long casts were in order. Splash had to be under control or it spooked the bass. Another 16" filled with eggs: 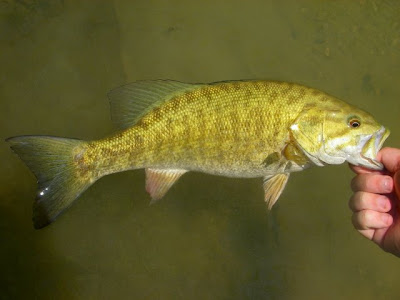 Saw some huge carp, 2 had lampreys attached to the back of their heads or necks. The lampreys were about 12" long each. I've seen misshapen carp before. My theory when you see a misshapen fish, they had a lamprey attached at some point, effecting their growth. When you see odd disc shaped scars, uneven growth like humpacks, wasting away, etc...

Here's another 18" which looks like it has been on the spawn. Came off a rootwad. On the walk back I picked up a 16" in the same spot. 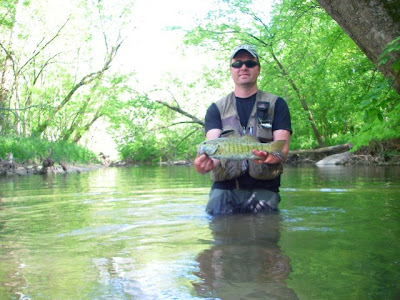 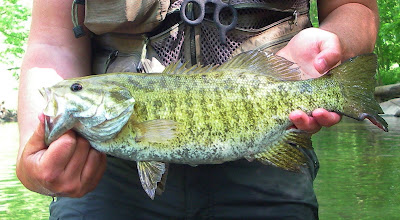 All caught on 4" tubes. Bass didn't want anything else as effectively as the 3/16th's tube. Nothing fancy. Drag it, drop it, hop it, swim it. Spotted a few beds as well.
Posted by BT at 8:35 PM