Cutting back on the fishing this Fall. Just not in to the effort required to find a biting bass and pull it from a leaf pile. So these 8 bass may be it for 2010. Naw. Just need a reason to post them all in one post for posterity's sake. I usually forget to bring the camera when 1 or 2 of these get caught, or I drop the fish before the photo. So I went 8/8 this year. Enjoy!

1) February 28th, 2010. Dragging a tube through a huge eddy. Sensed pursuit. Miss, then got 'em. Lots of head shaking. Barely hooked. Tense and exciting. Patience and tolerance to cold paid off here with leaking waders and no float and fly bite. 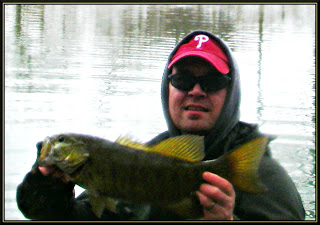 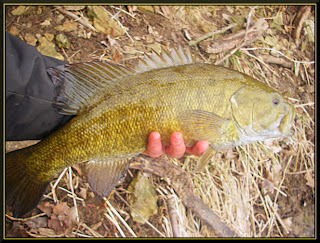 2) March 24th, 2010. The water was way up the perfect time to get the pigs up out of the depth in this pool. Missed one on a tube, then these thick bass was on there. Jim A there to snap a pic of the fish. One of the better pics of me with a bass. Thanks, Jim. 21" 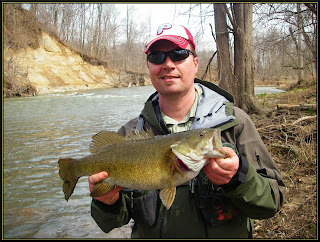 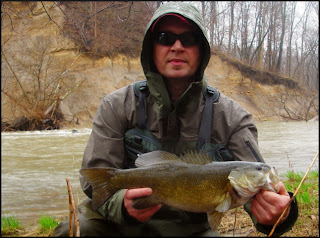 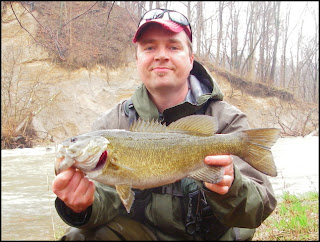 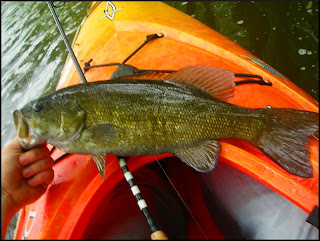 5) July 31st, 2010. Micro flow wonder. This 20" smallmouth fell victim to a Lucky craft Rick Clunn wakecrank, cranked upstream in about 10" of water where the fish was just off the main current near a riffle. Two fish made a play, the larger scored. 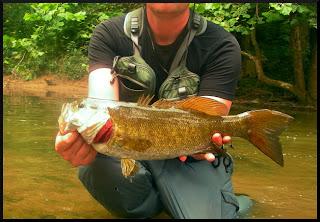 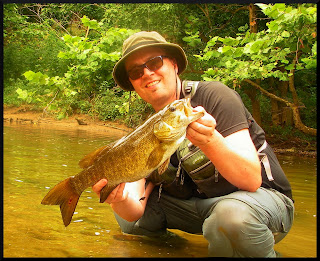 6) September 11th, 2010.  A windy day and a buzzbait bite! The pigs were out in force. The wind at my back aided in long casts in the shallow rocky water. This was at the back of a large pool. Beyond where I could normally cast without wind power. The beast went 20.5" and was thick! 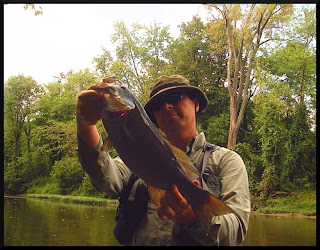 7) September 12th, 2010. Had to try again the next day.  Wading downstream, chucking the same buzzbait, the water erupted and the fight was on. Another 20"+ smallie. 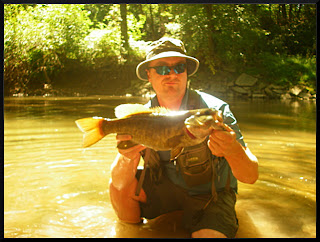 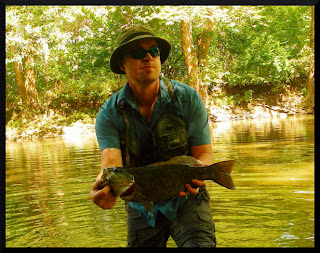 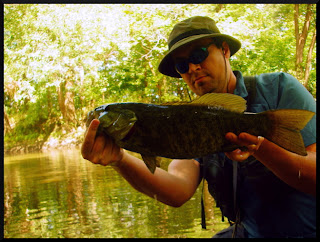 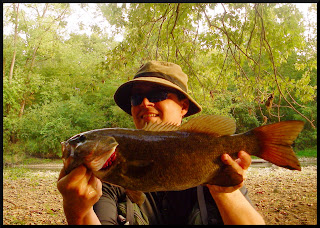 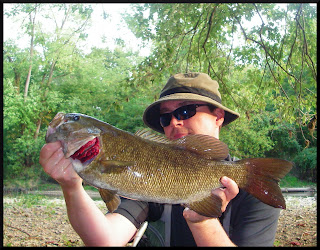 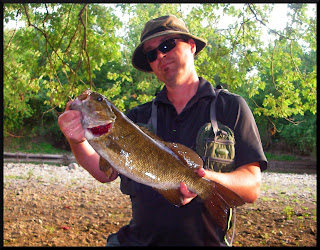 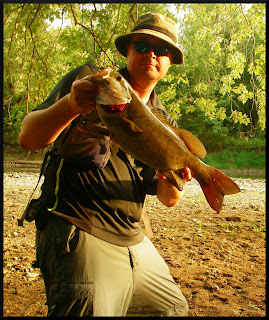 So there they are. Pretty happy with the effort in less time on the water this year and many hours on even smaller streams. I have some ideas for some winter Float and Fly pigs, so maybe I'll approach last year's 11. Time will tell.
Posted by BT at 6:33 PM

Email ThisBlogThis!Share to TwitterShare to FacebookShare to Pinterest
Labels: hogs