Float down, fish, drag and paddle back. Use Commander 120's ability to stand and fish to spot the "spots within a spot". River rising from slow drizzles, I knew this would push fish closer to banks, warming trend would have the bass in relatively aggressive feeding areas in the slow water. IE, on the slow seams. Water visibility to 18". Almost no sun. Again. Air temps in the 40's. Water temps seemed warm too. Employ float and fly as search or slow my  fishing mechanism. Turned out the warmer temps had fish wanting some movement. Fly jig fish on the bottom with lots of long pauses was the ticket. 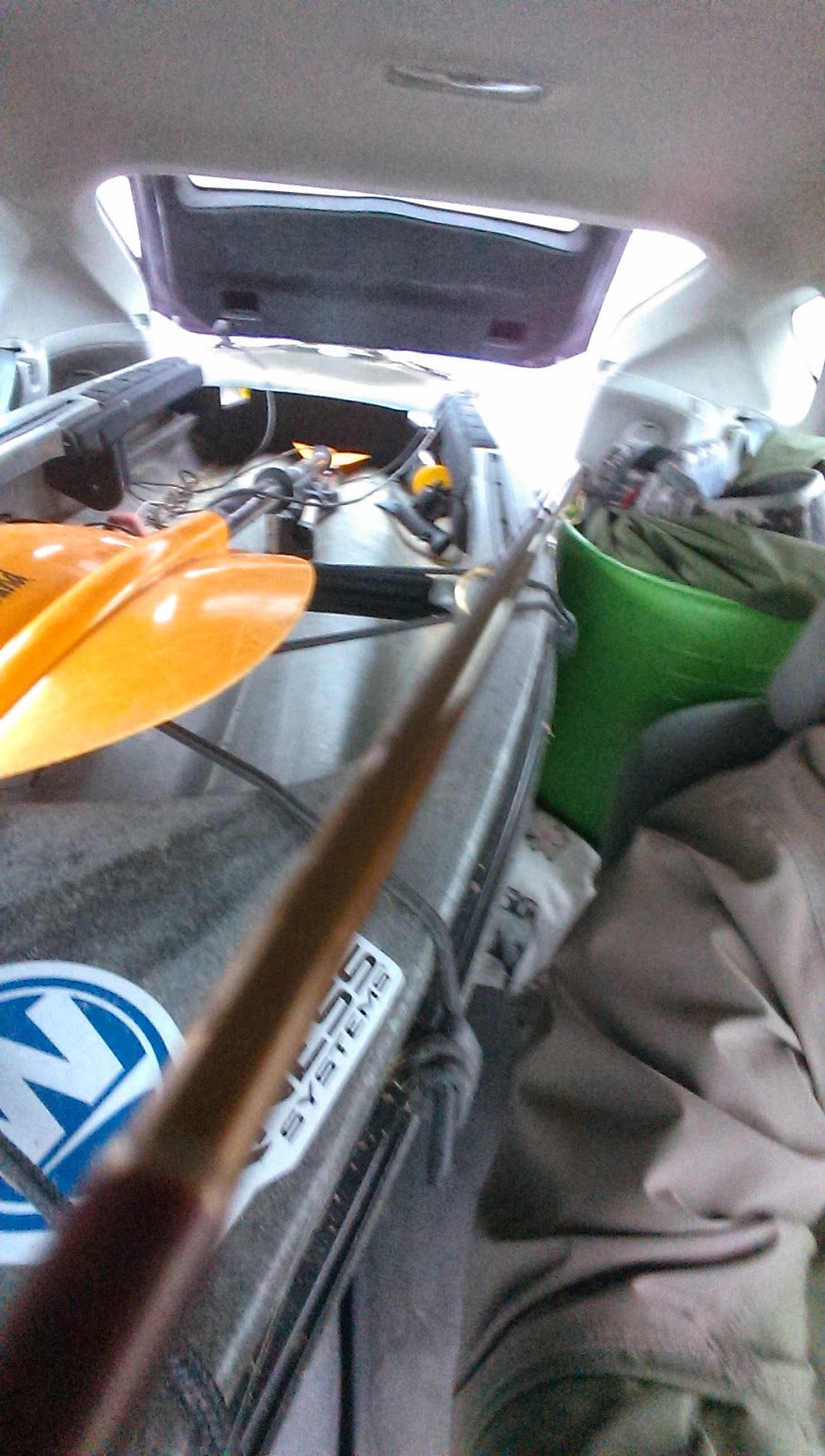 First fish fell to a float drift along slower water near boulders, 14" and FAT. I hung a cast bad in a fallen thorn tree and had to retrieve, so no idea whether more were there as my boat floated over the hole. I had a feeling the normal position was mostly abandoned, so I floated down to where a water willow cleft diverted stream flow. In the dead of that eddy, a 11" fish hit right away on the jig. Next cast, I threw over by the seam. Quickly hit and a large headed fish fought like crazy, bending the 8'6" noodle rod to and fro. 17.5", then a 17", then a 15", some 13-14"er's, a fish rubbed me out on my own anchor line. My line broke on a decent one. 45 minutes later, I had 7 and a couple lost bass. These kinds of double current diversions can be a real attraction to smallmouth bass in the Winter. 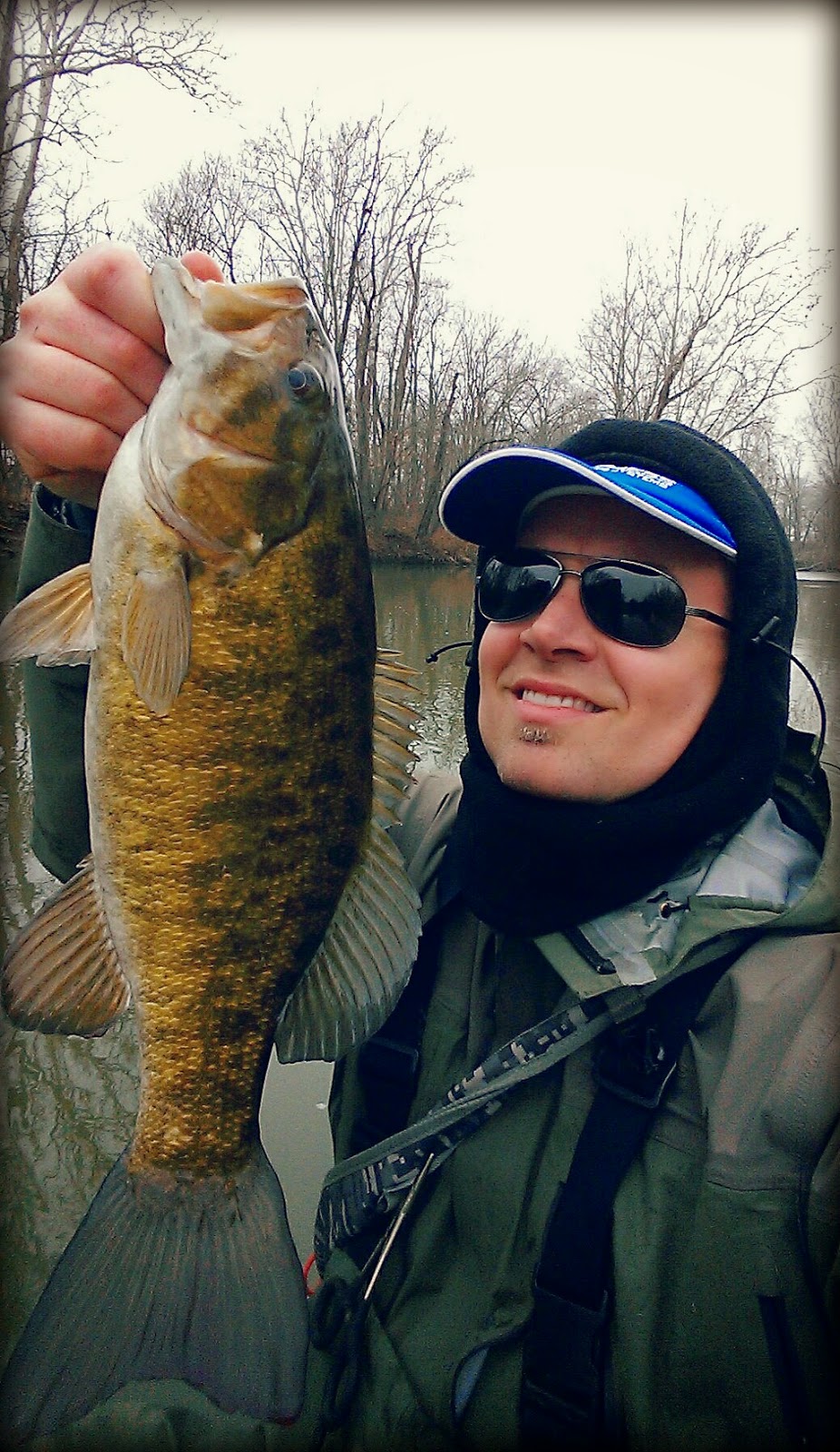 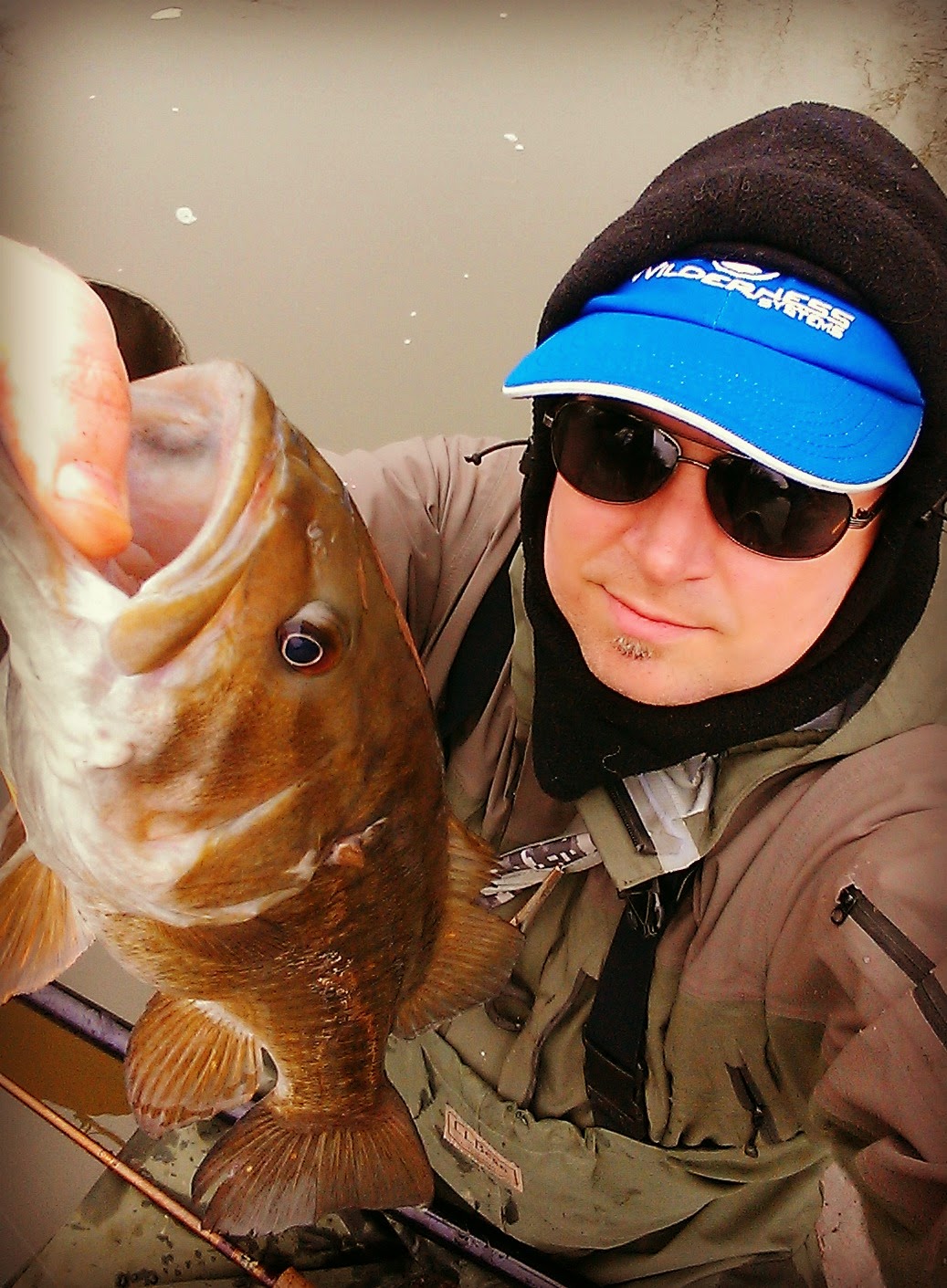 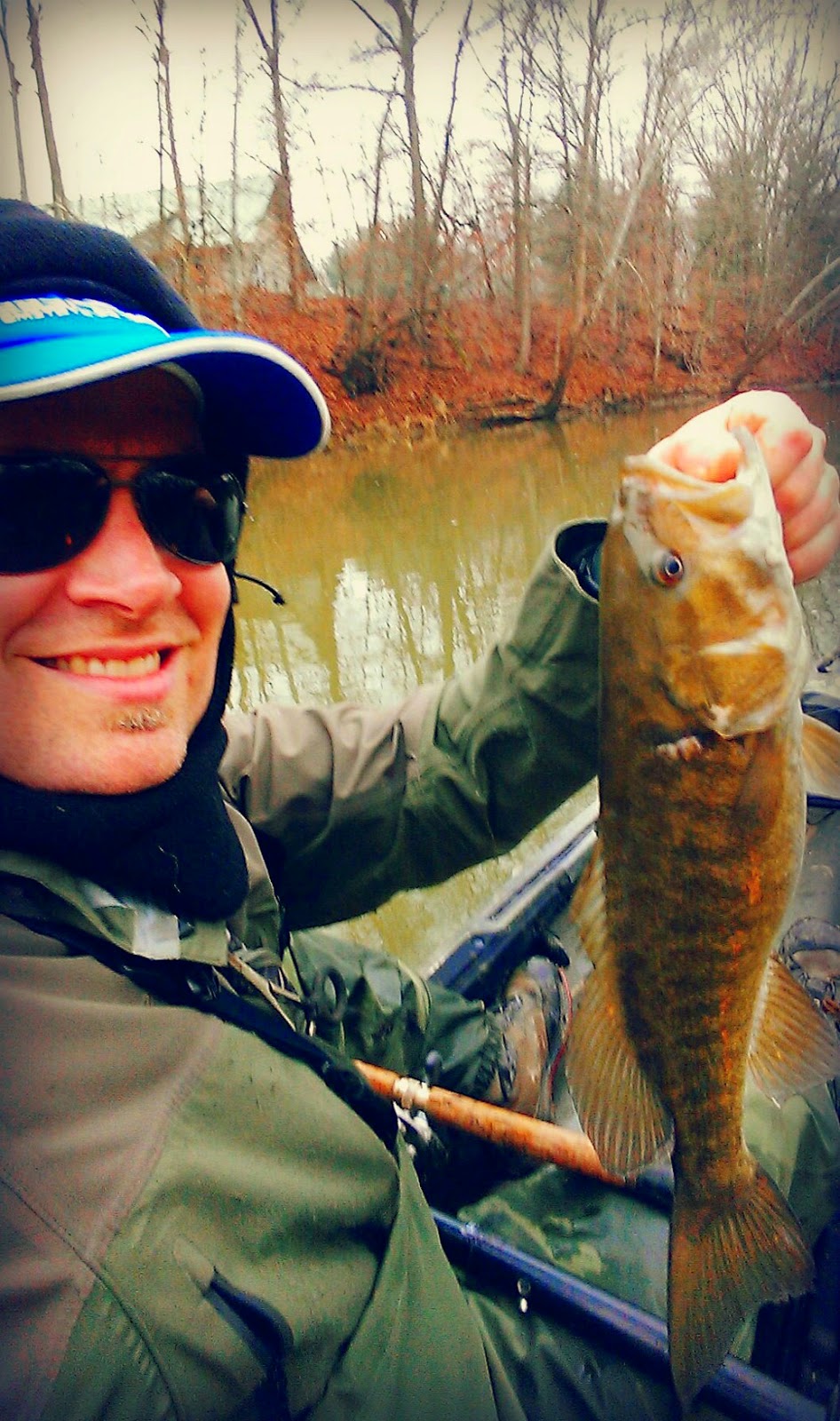 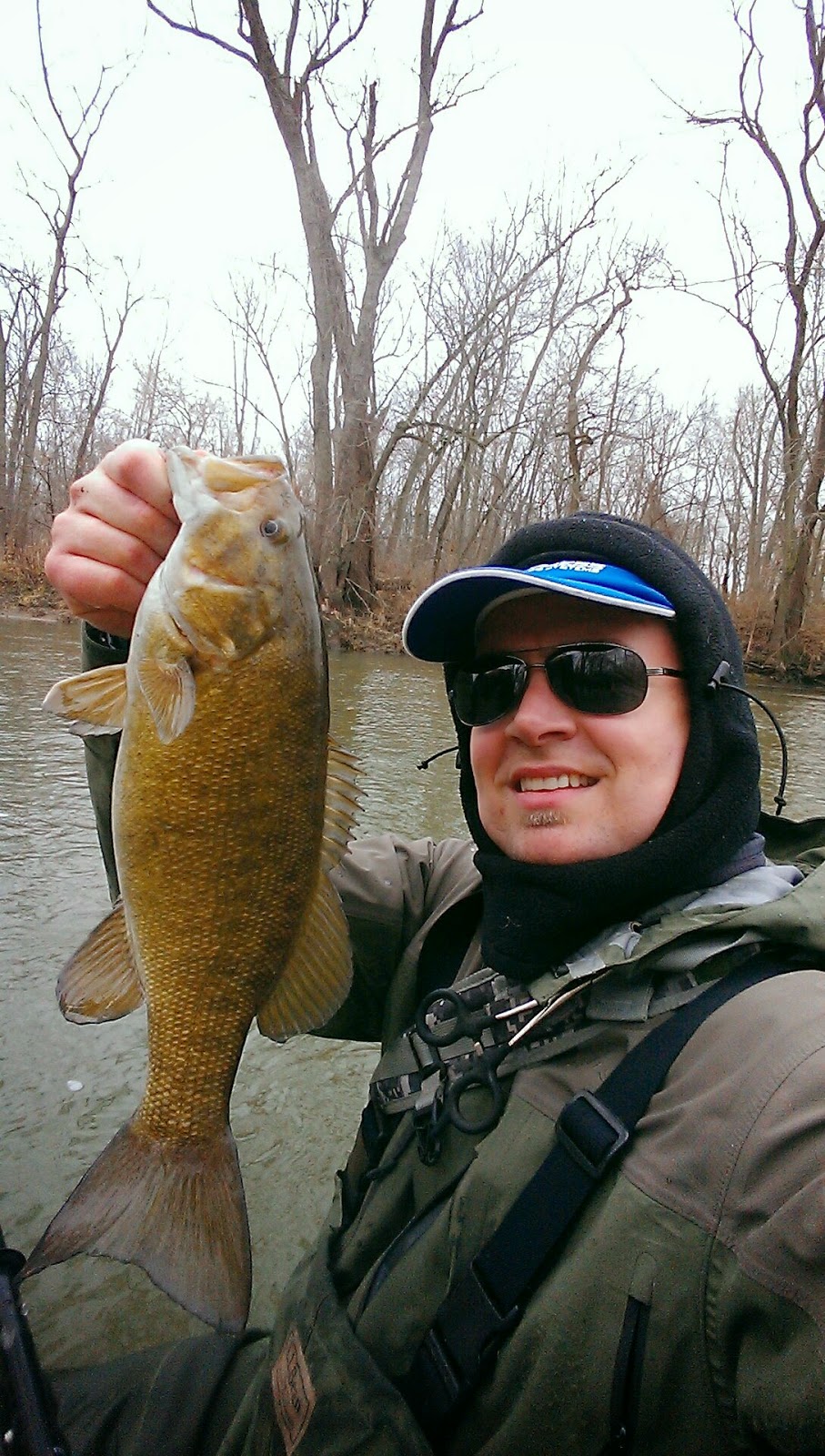 Float down to the next spot took 10 minutes. Just a small cut to one side with a small eddy and undercut bank. I tossed the tiny jig up near the roots courageously, landing an inch or so from tangling roots. Inhaled quickly and a crazy battle ensued. Another 17"er eventually to hand. I climbed out of the yak and walked bank, in order to keep the jig presentation parallel to the back eddy the fish were facing downstream on. Two more bass in the 14-15" range. You don't want your line being swept along changing your presentation. Keeping out of crisscrossing fast current, crossing winds etc, is really important. Try to fish with the direction of the current and wind. Keeping the jig under total control helps to sense more bites. Before you leave a spot, always try the against current option as well. Got tired of the cell phone selfie face here: 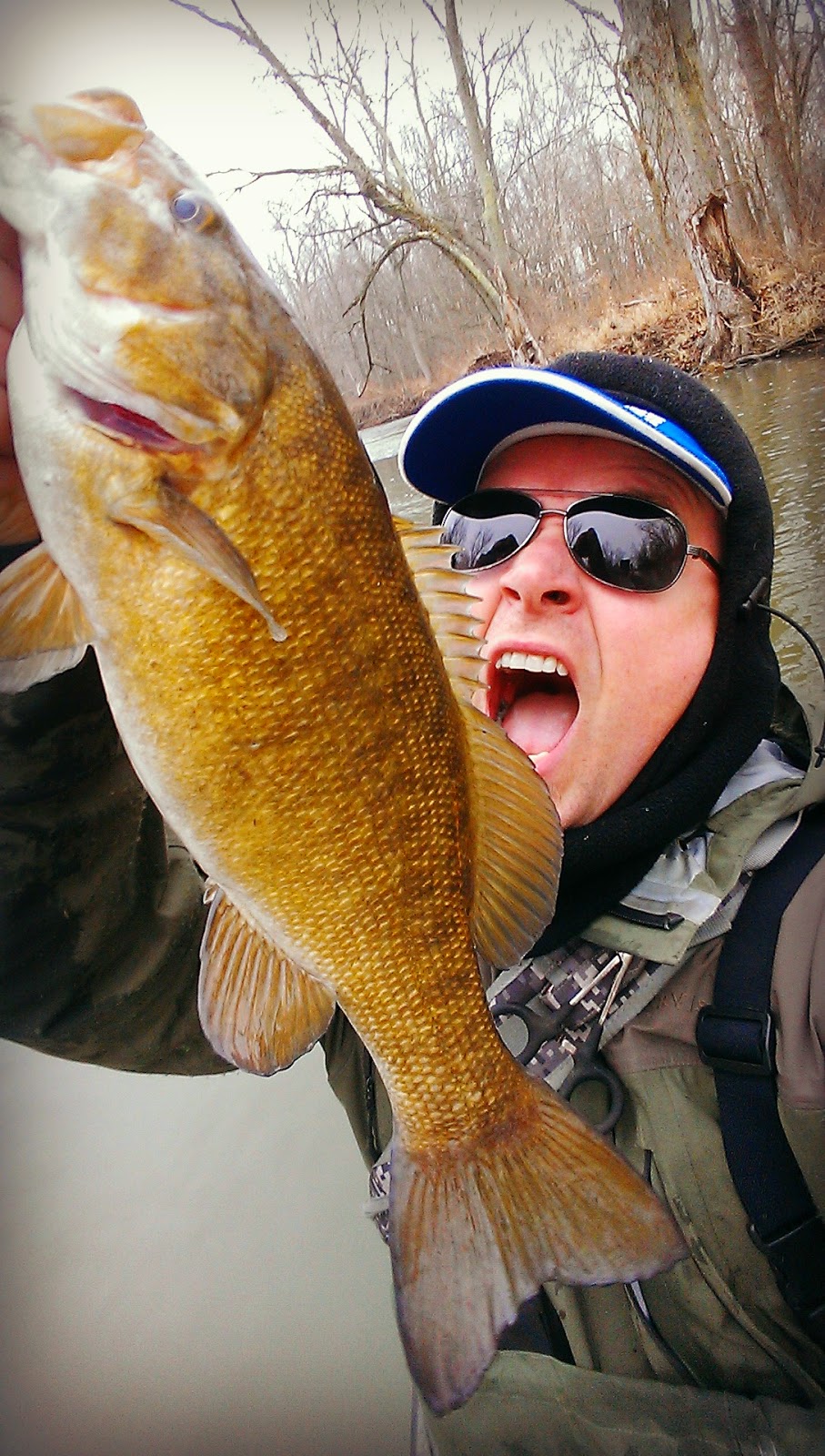 Floated down to a major pool. It had changed. A 12" on one side (where they used to be), then just downstream a log pile on inside bend with depth. 15", dink, dink, dink, 16", 16.5". Time to head back (nearing 4PM with 5:30 "the get dark hour"). Long paddle and drag against the current. I used side channels to drag and paddle back up with less effort. The Commander 120 does this really well. I can swing my legs over the side to get out easily and it paddles upstream efficiently. Why use those rod holders so many kayaks come with? Keep your reel out of the water at the bottom of the boat. By the time I got back to the original hole, my reel had started to bind up. 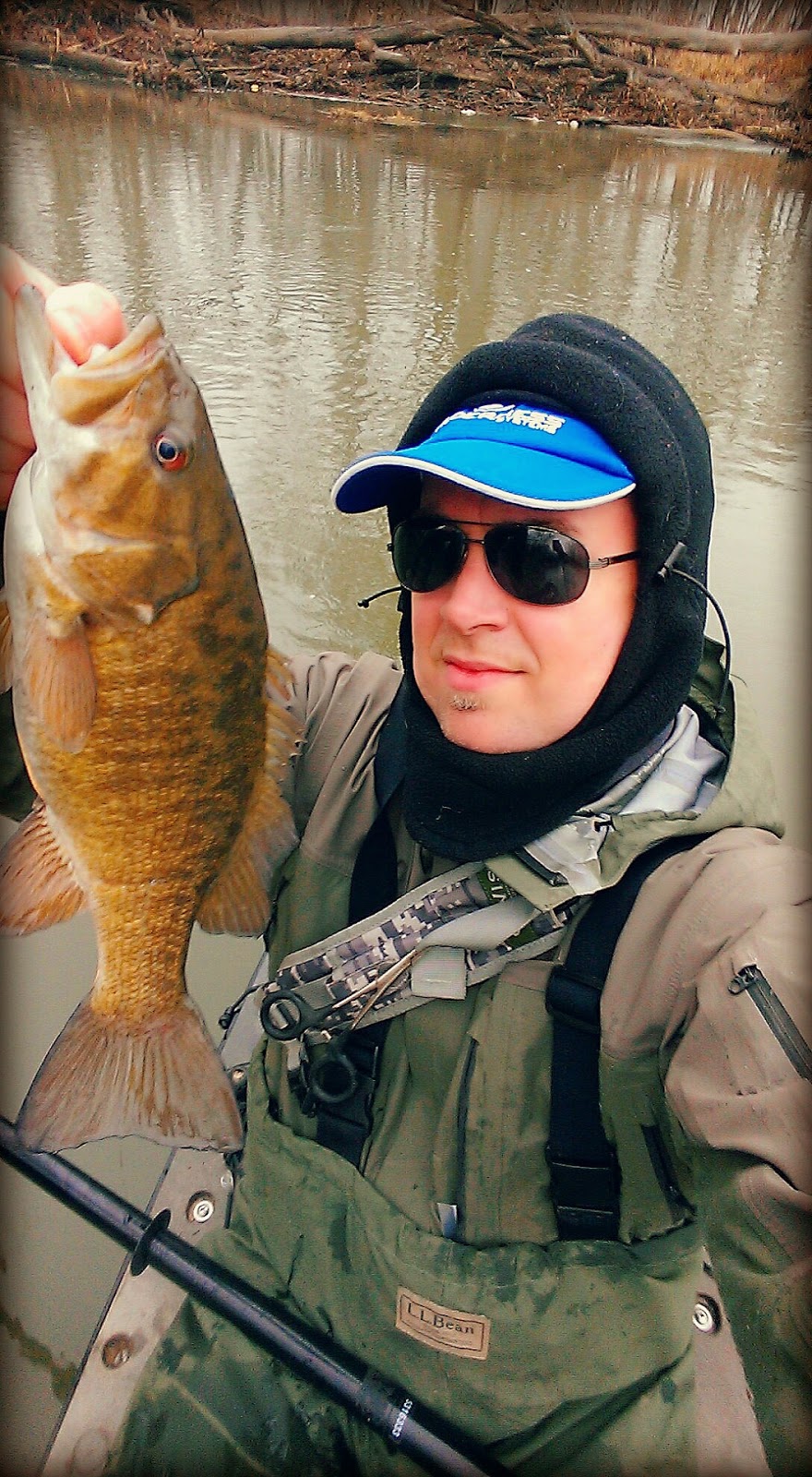 So, a couple casts in, I'm fighting this dynamo of a bass all over the place. Fish goes under the boat, makes for my anchor rope, Nope.  Gets in the current. Nope. Unbelievable fish. 20" The Bass Pro Shops Microlite Float and Fly rod is a ton of fun to fight cold water bass on. I like the 8' and 8'6" versions. 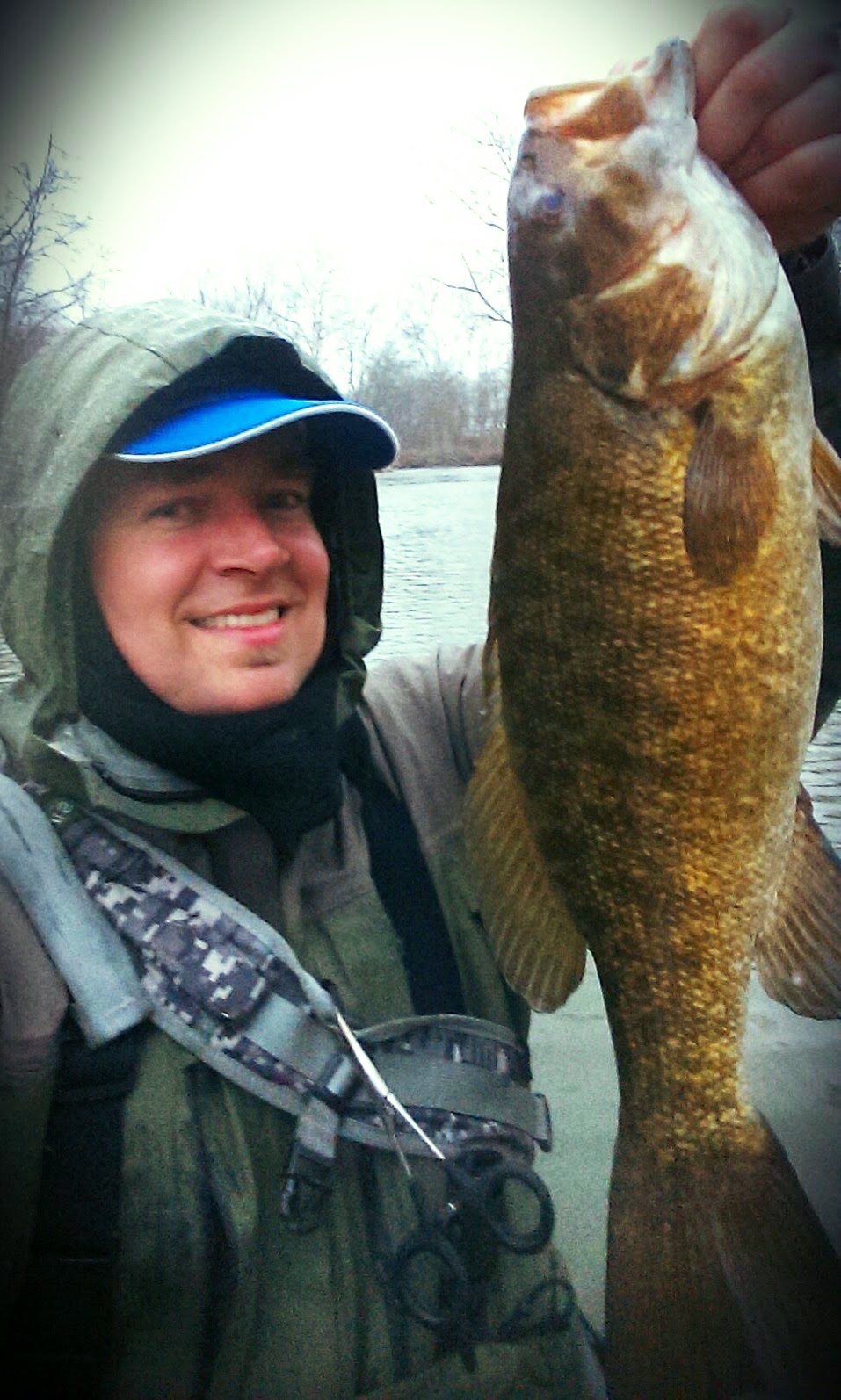 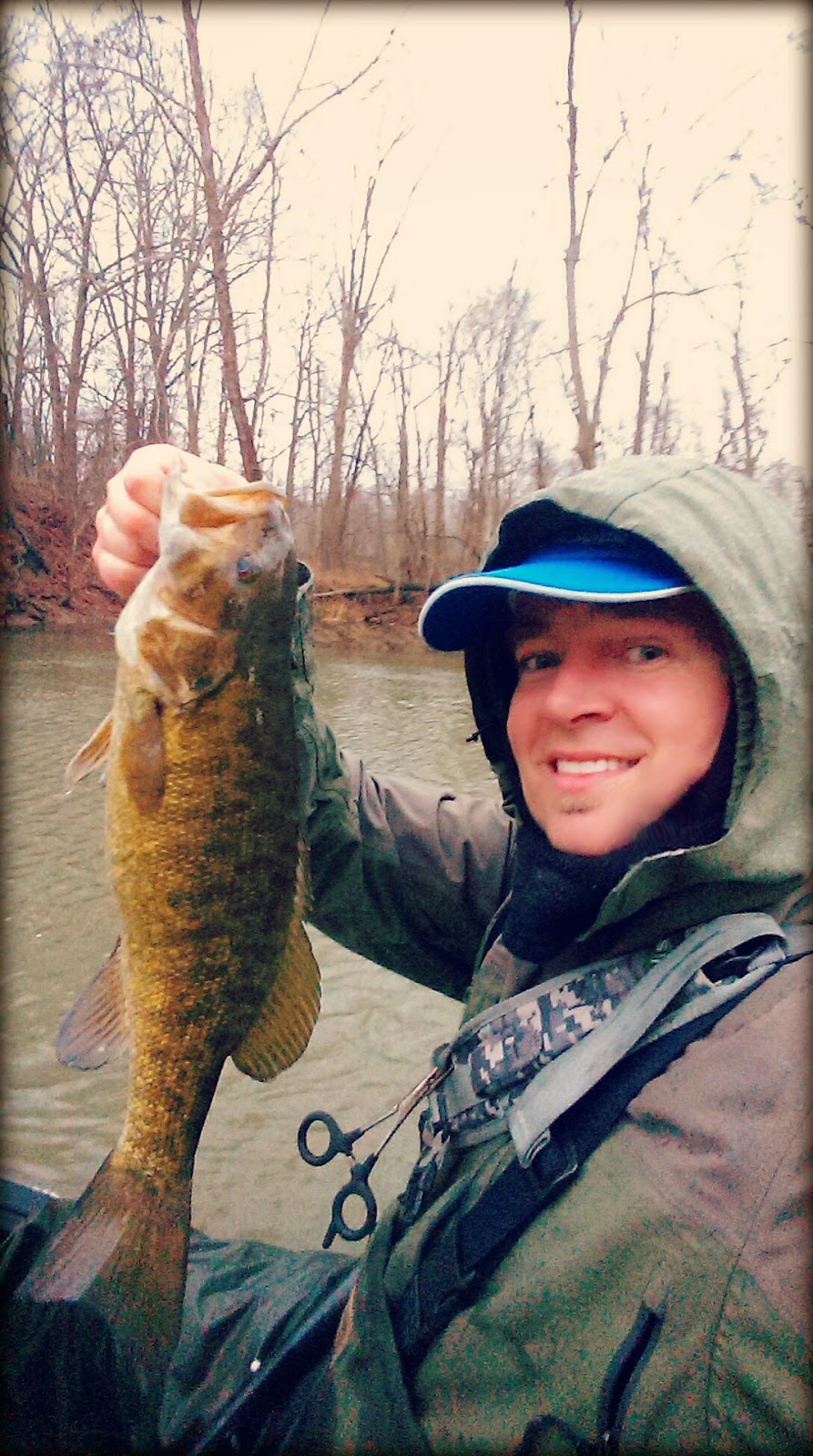 Another 9 bass come to hand on the small black jig after the bruiser from dink to 15". Finishing out with 31. My second 30+ bass day this December surrounded by a string of mid teen outings. Shaping up as one of the better Decembers.