Why do I enjoy fishing for smallmouth bass in the Winter? First, it's great to get outside and enjoy the outdoors. The actual fishing rewards attention to detail. It's different from the rest of the year, fish are concentrated, and if you've done your homework, rewards a very slow presentation. Dealing with all the weather can throw at you and still catching, no catching even more bass is a fun challenge.

Set out for a traditional float down/paddle back solo fishing event, or FLODPAB, if you need an acronym. I've done this in the Winter a few times on this very stretch. Each time successful, but often the distance is very much a challenge solo, paddling dragging back up. The best two holes are about 2 miles down. Large 100-300 yard pools, filled with boulders. I would paddle back, testing my WS Commander's ability to paddle against current. 32F, partly cloudy.

I paddled up and hit the first two eddies. Not much going on. Current was fast. I got to the next couple spots really fast. One was this side slot. The current seam flows right over a bunch of large boulders, which fish use. I knew from floating over one such eddy, that bass could be on the seam as I thought I saw one spook off. I parked the Commander above this notch, and here the open top kayak made an easy exit emergency beach storming the water willow jut. 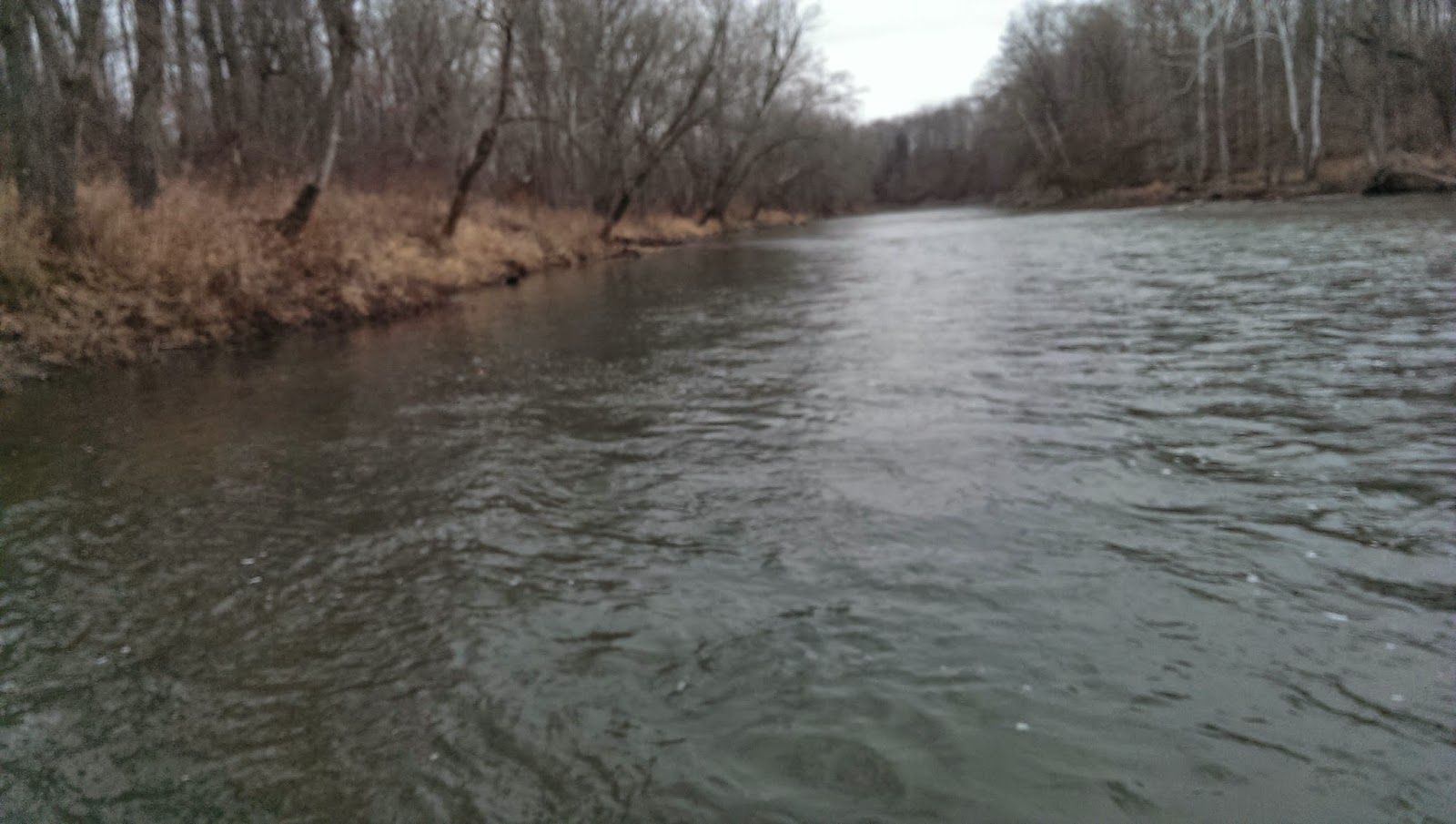 I got out and tossed float and a gray/chart/ white jig about 40" below the float. Cast it out into the fast water and dragged it into the slower current where I knew the boulders lay. Had problems focusing from the anxiety they may not be biting today, when the float sunk and my rod bent double on reaction. Win. I try to get the bass higher in the water column to avoid spooking any others. They rarely jump in Winter. This nice fight produced an 18"er. 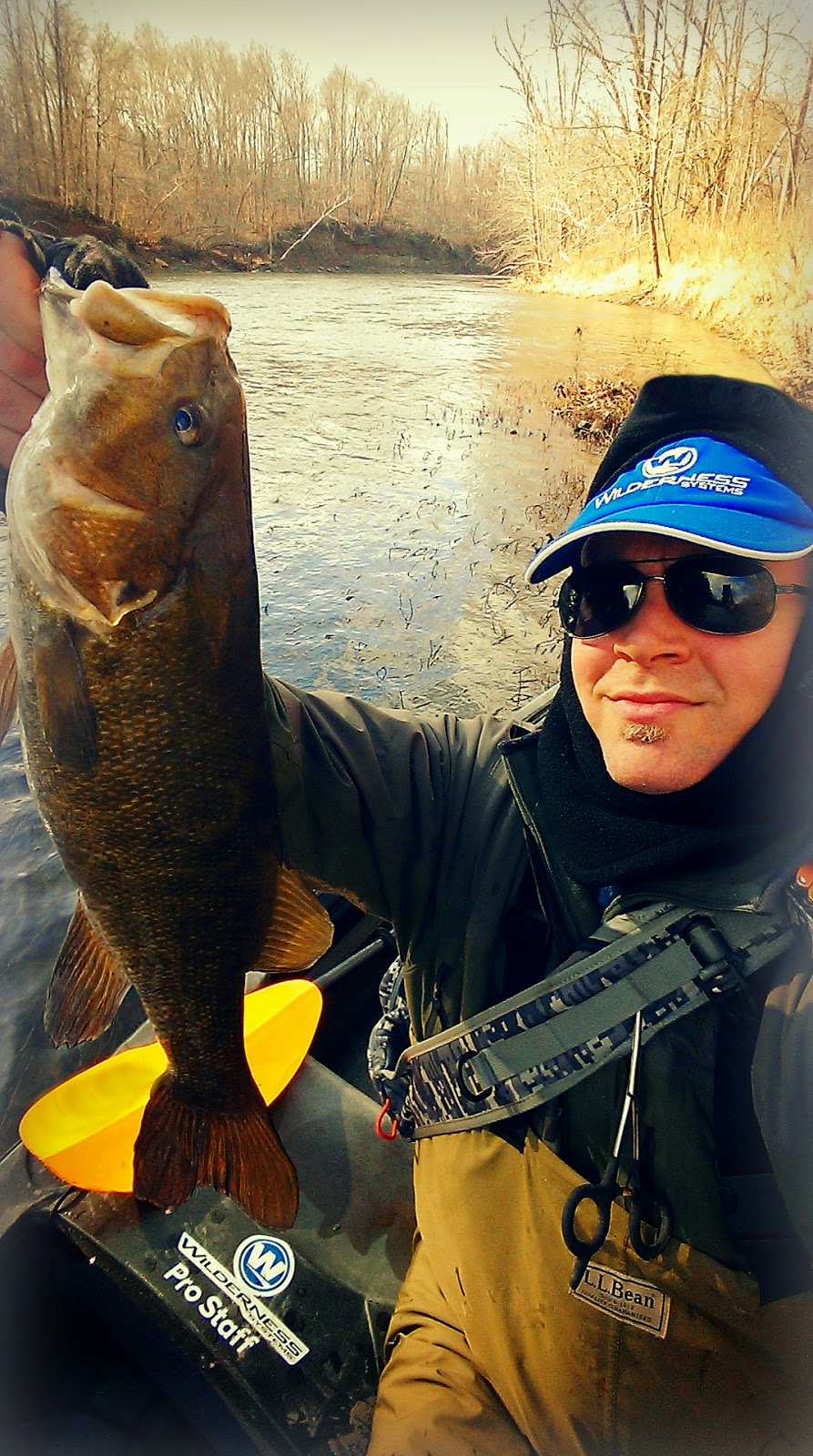 15"er then, a fiesty 17" fish came not long after that. Seemingly picked off the shadow of a boulder I could barely make out. 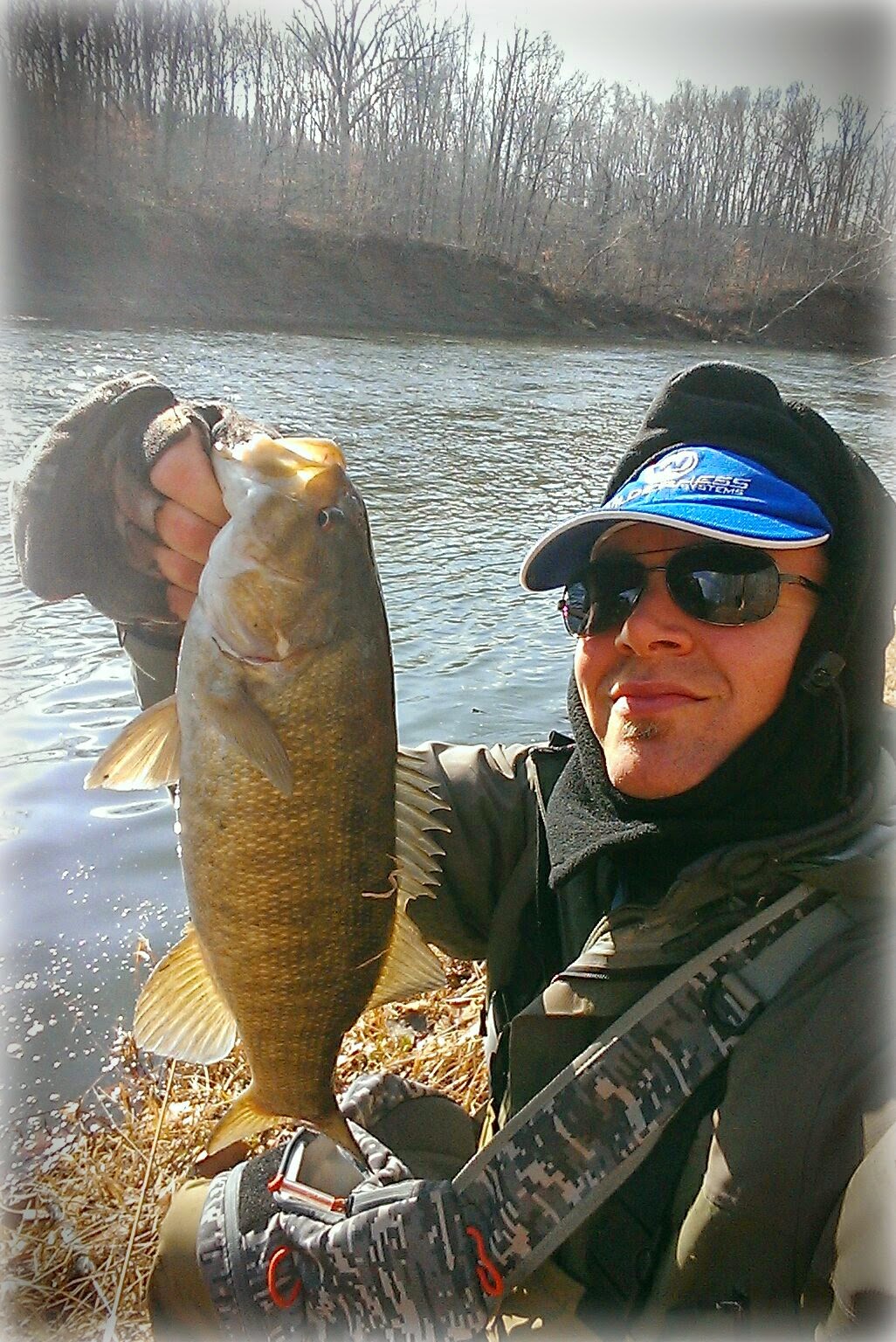 Took the yak out on that seem and added another 15.75" smallie and a dink. It died not long after, So headed down to a series of two large pools. The first produced a dink and some carp spook puff clouds so I set out to the last pool, another notch in the side of a long pool. Dink LMB, then a 14" on float and fly. Lost one free lining the 1/16th oz hair jig along the current seam in slightly faster water than I'd drift. Headed back to the first large pool. Snagged 3 Quillback carpsuckers (one in the mouth). free lining. I stuck to this dead spot thinking smallies would be in there. Soon enough, my tiny jig got inhaled by a nice fish. Love the fights on this noodle rod. This bass was just short of 17". It was after 4PM. I had to paddle 2+ miles back to my car.

I soon realized there wasn't the usual eddies to paddle back upstream in. The Commander handled them well, when they were there. It was bank to bank blasting, at times, I had to wade directly against that and it was tiring. I was so happy to get back the first notch, I managed another 15"er and a second 17"er in the same spot. Ended up being an 18", 2-17", and 3-15-15.75" fish from that same spot. 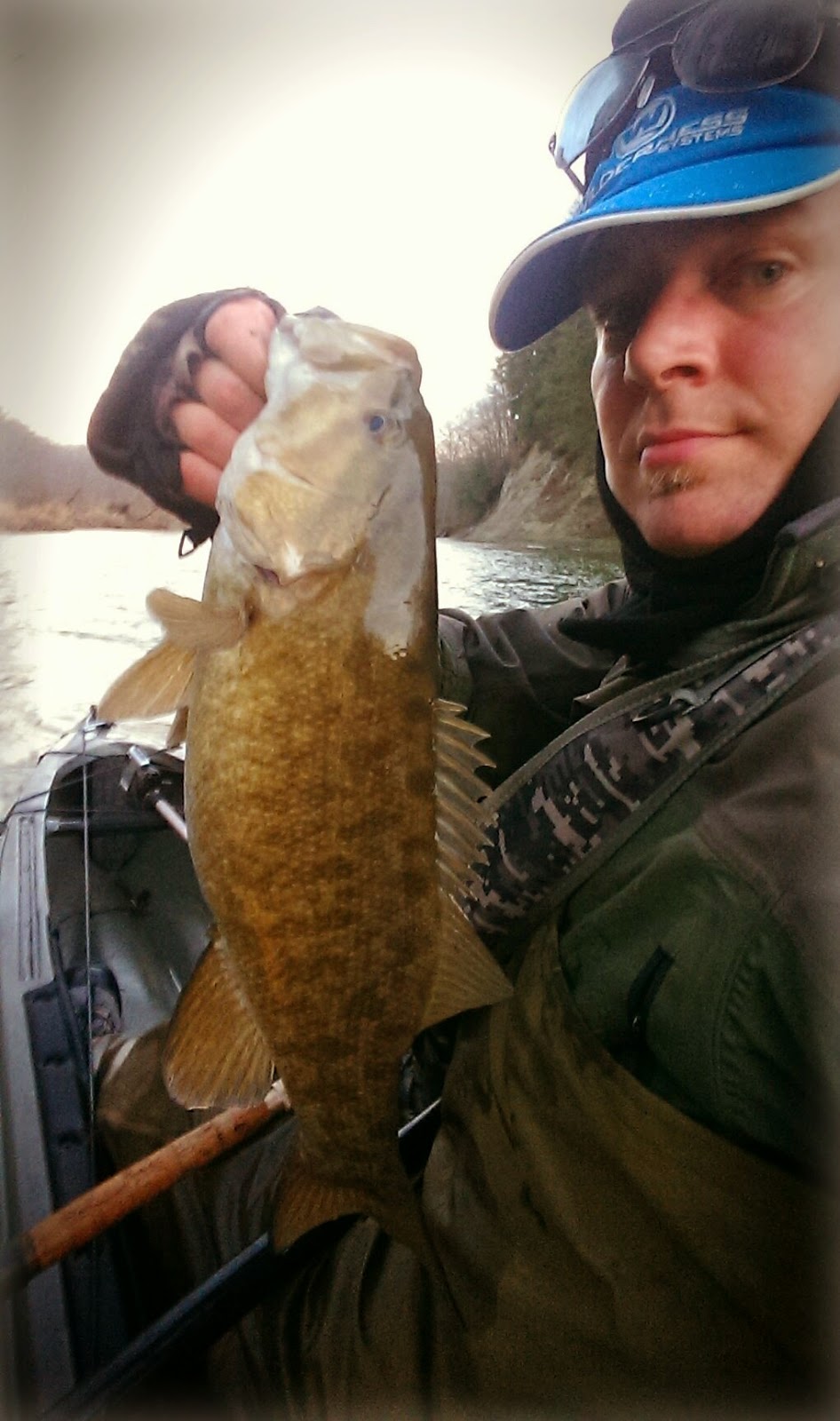 Made it back to the take out with a herculean drag, paddle effort. I'm wasted today. Ahh.