Sandy gets a December Smallmouth Bass 12/8/14

Took Sandy fishing for the first time in a couple months. We hadn't gones since it got too cold to wet wade. Turns out my waders DO fit her. Sure the feet are sticking out the tops of her boots, but she's DRY! Was concerned she might be worse with mono casting a bobber rig, but this didn't turn out to be the case. I did have to switch out the braid for mono on my rod as it was s disaster to cast.

At the first pool, on like the second cast, this fish made the float disappear right in front of where we were wading. Bingo! Fish on. Sandy didn't notice her float was gone. Too be fair the dunk came in the last 20% of the drift. Even I thought the area too fast to hold Mr.Smallmouth. Fun to watch the fight. I always get so excited when she gets one. Going to be awesome when Sandy catches a real pig someday. 16" is her largest in maybe 25-30 hours of fishing this year. She loves to cast and be outside, doesn't get too hung up on not catching. 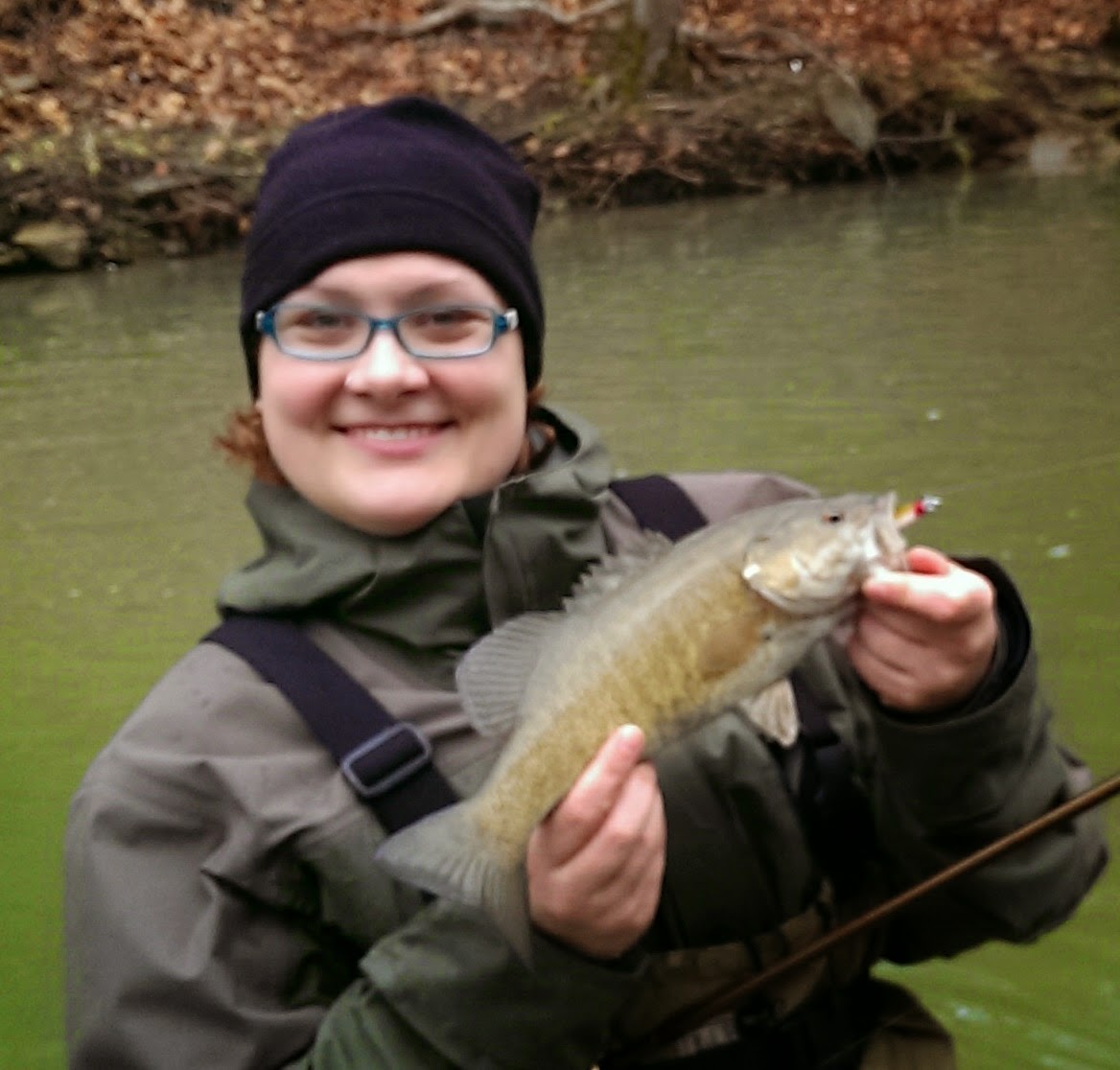 We managed two holes. The second was the one that I thought would produce on this small creek. I hooked a fish and handed it to Sandy to fight. Later this 17"er came to hand from up in the v of an eddy. I was hopping the float. Picked a couple more off bottom on a freelined hairjig. Nice to get out and fish in what has been a gray December so far. 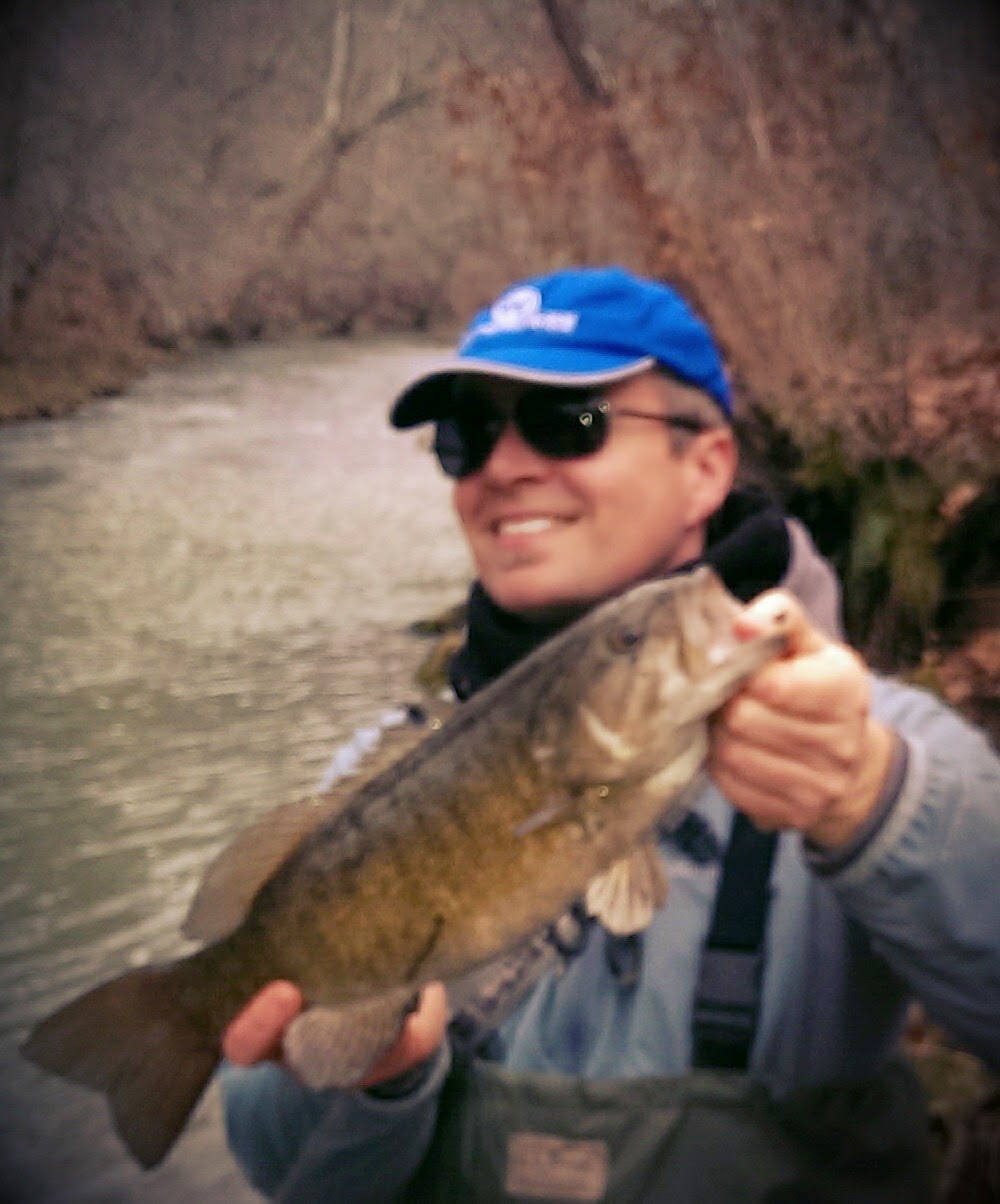