December Starts with a, 'BANG!'

On Monday, Sandy and I loaded the kayaks up to go do some fishing. She managed to fit my over sized boot feet into her wading boots and we were off on the road to catch some frozen smallmouth popsicles. Excite. Didn't notice the wind in Bloomington because of all the trees. When we got out on the highway, I was a little concerned about the kayaks on top of the car. I should have been more concerned. In Martinsville, the wind blew both kayaks, still tethered together, Yakima rack system still attached to the boats. It all seemed surreal. Could this really be my kayaks those cars are dodging out of the way from a la a Jerry Bruckheimer film? I saw the boats bouncing down I37 with minivans swerving out of the way. Amazingly, the cars managed to avoid the kayaks. 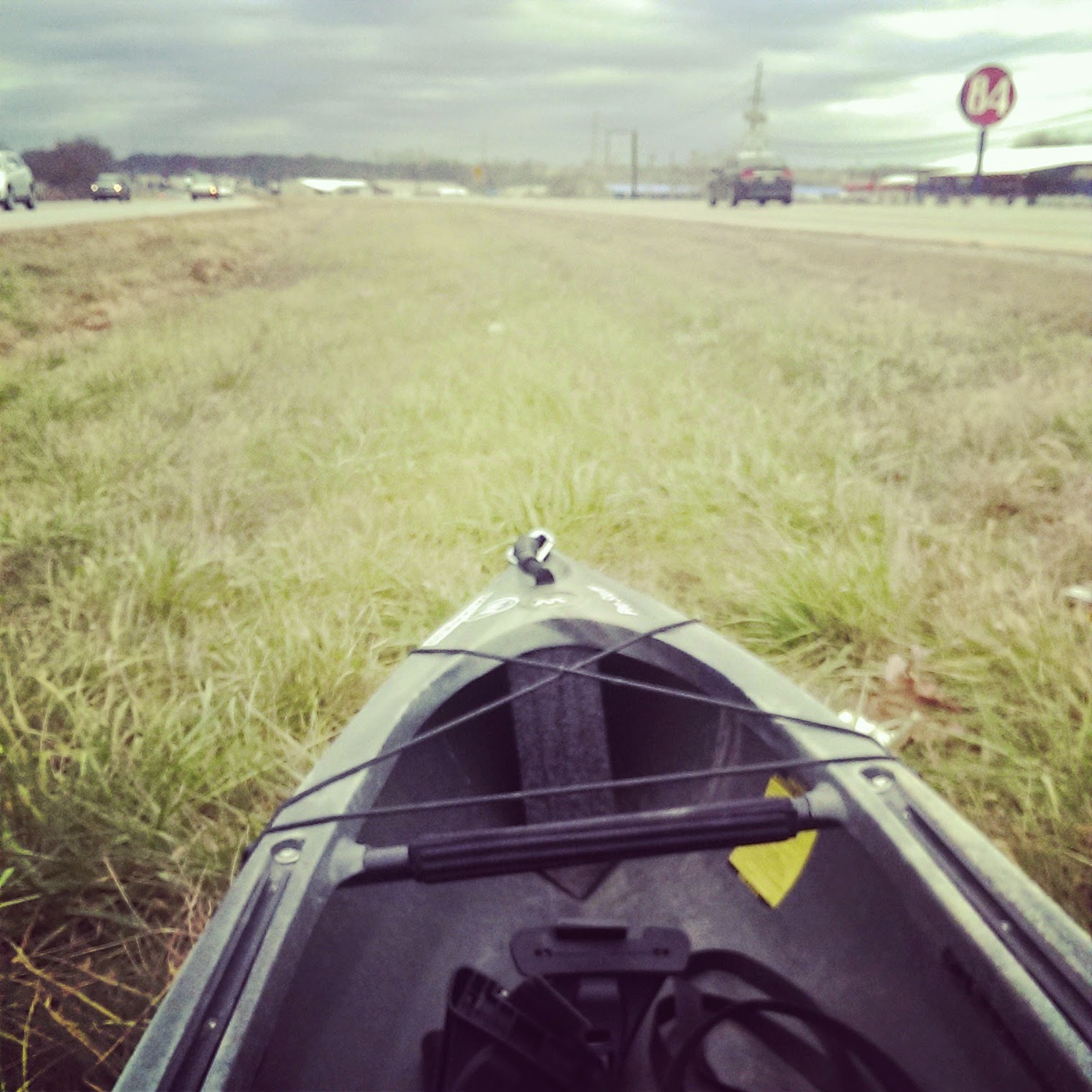 Rack was trashed, so I had Sand drive one kayak back to B-town and return for me. I sat in that median on my commander's perch contemplating whether I had locked the locks on the rack system. Two people stopped to offer short rides, but not back to Bloomington. Discovered the Commander 120 fits in the rear hatch pretty well with a strap to keep the hatch down.

Tuesday with Commander in the hatch of my Prius, I set out to fish again. I knew water would be down and cleared up quite a bit. 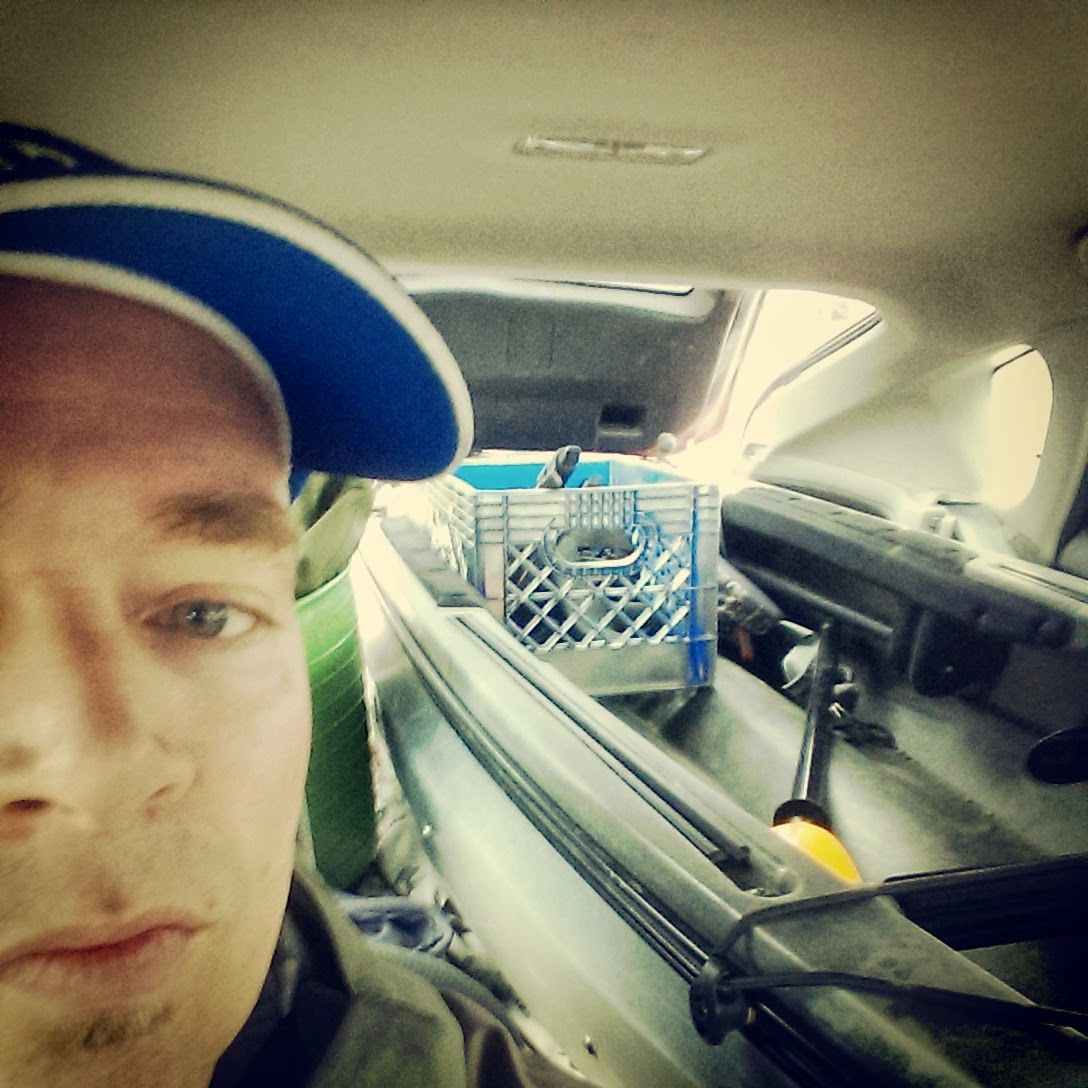 First stop produced nothing. In fact, the water was so low, I could see there were no fish schools where they normally would be. Out and scattered in the pool. Next stop, I floated down 3/4ths of a mile. I planned on standing in the yak to spot out boulders and such. Fish must have been deeper than light would penetrate. I saw nothing. Managed a 12"er on FnF and a 14"er on a slowly dragged fly jig. Disappointed. I did note I can anchor and spin completely around and face the other direction sitting in the WS Commander's commander's perch. This came in handy for fishing without having to pull anchor and possibly spook wintering fish with paddle strokes. Nice feature.

Paddled and dragged back to the car, made easy by the longer, better tracking boat. Still had an hour before dark on this gray early December day, I walked through the woods to another spot leaving the yak sticking out of my vehicle.

Quickly pulled a 14"er on freelined hair jig. Affixing the float about 30" above the jig, I let it drift downstream on the slow side of the boulder field, letting my bail stay open to allow the flow of line. A very nice presentation if I do say so myself. Was thinking I was slightly too far out when the float dunked. The fish tore up  8'6' noodle rod, even going slightly airborne in that 32 F air temp. 5 or 6 really good runs for a woodpile, then back upstream towards a boulder, turned aside at each, I had the fish to hand in the splishy mud of last week's thaw. The bass taped 20.5", my largest of the
year. 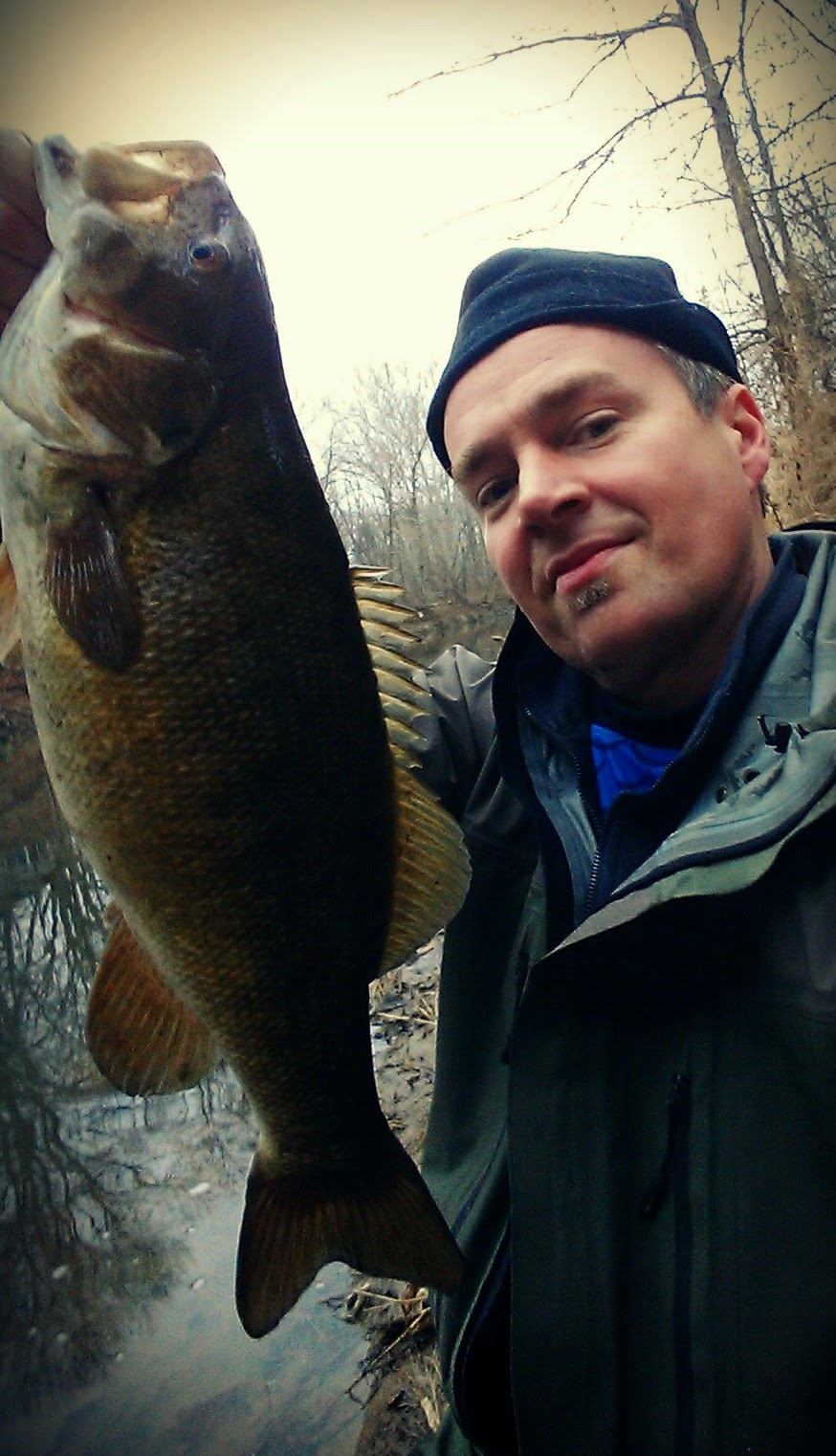 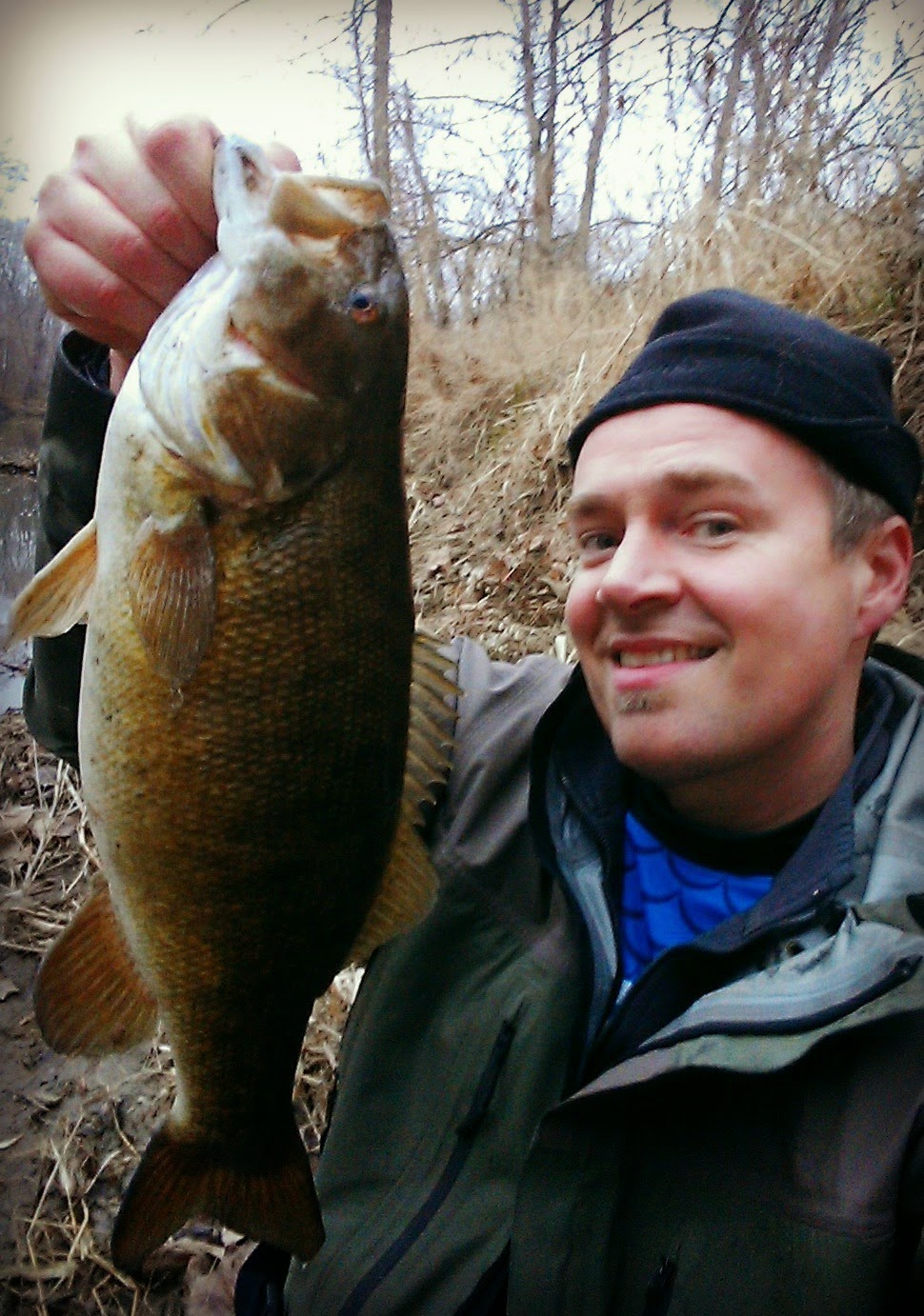 What did I learn here? Clear water, seek slow areas you can't see bottom of. If there is cover, fish can be in some current, but not much. I love the way the float dunks on a drift. Exciting. 6lbs test breaks off a lot of hung jigs, so bend the hook a couple times first to have any hope getting the jig back. Get rear anchor installed for windy days.

I moved downstream of the spot and picked up three more bass, a 15"smallmouth,  and the odd green bass, all freelining. My "never be pleased brain" ponders if it might have been a late bite, first spots should have been better.

It was cool to stand up and site fish in the kayak, it wasn't ground breaking information this time, because my sunglasses weren't polarized and there wasn't much light to peer into the depths. Not enough flow to make fish location easy to predict in large pools.