Rained hard everywhere the previous night, enticing a nice pre rise bight at dark. See last report. Not so bad up north (I thought). At the first pool, three dink to 12"ers on FnF. Couldn't find the big ones this deep pool produces during high water, so moved out and hopped holes. Visibility was 18"early , but water was coming up, up.


Visibility 12". On the other side of the current break, a Hail Mary was sunk by this nice 17"er.
Second spot, I picked a 14"er in the first eddy on the float and fly, maybe 4' off the bank. Just minutes later the slack this fish was in was no longer slack.: 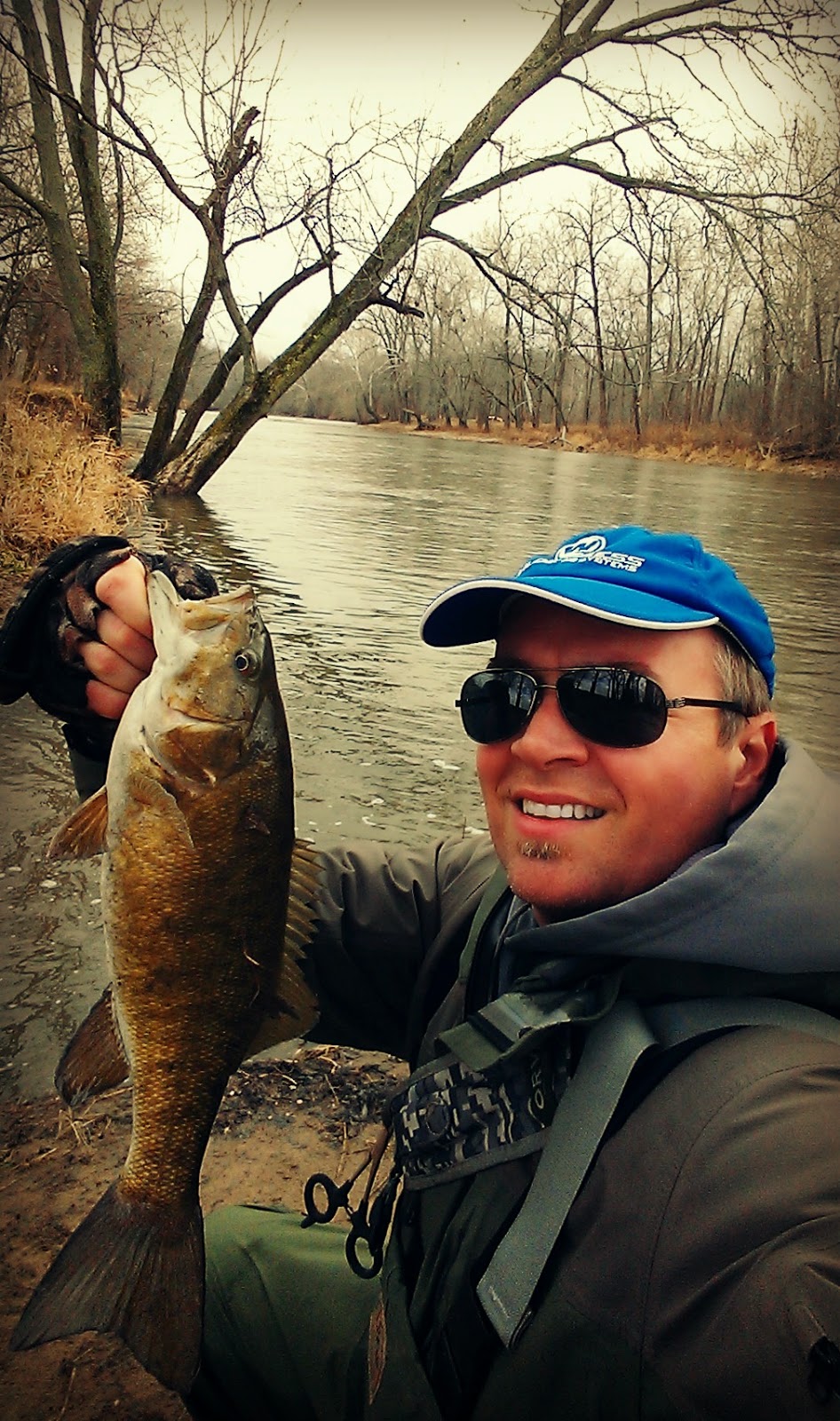 This fish struck next a foot from the steep, root lined bank. Great fight ensued as the bass tried in vain to tuck under the roots at my feet, and I let my 8.5' noodle rod bend nearly in half. 18.5".  Sandy was texting me and got pics of both of these fish in a 3-4 minute period as they happened! A 15"er was next, nearly right on a tree trunk. 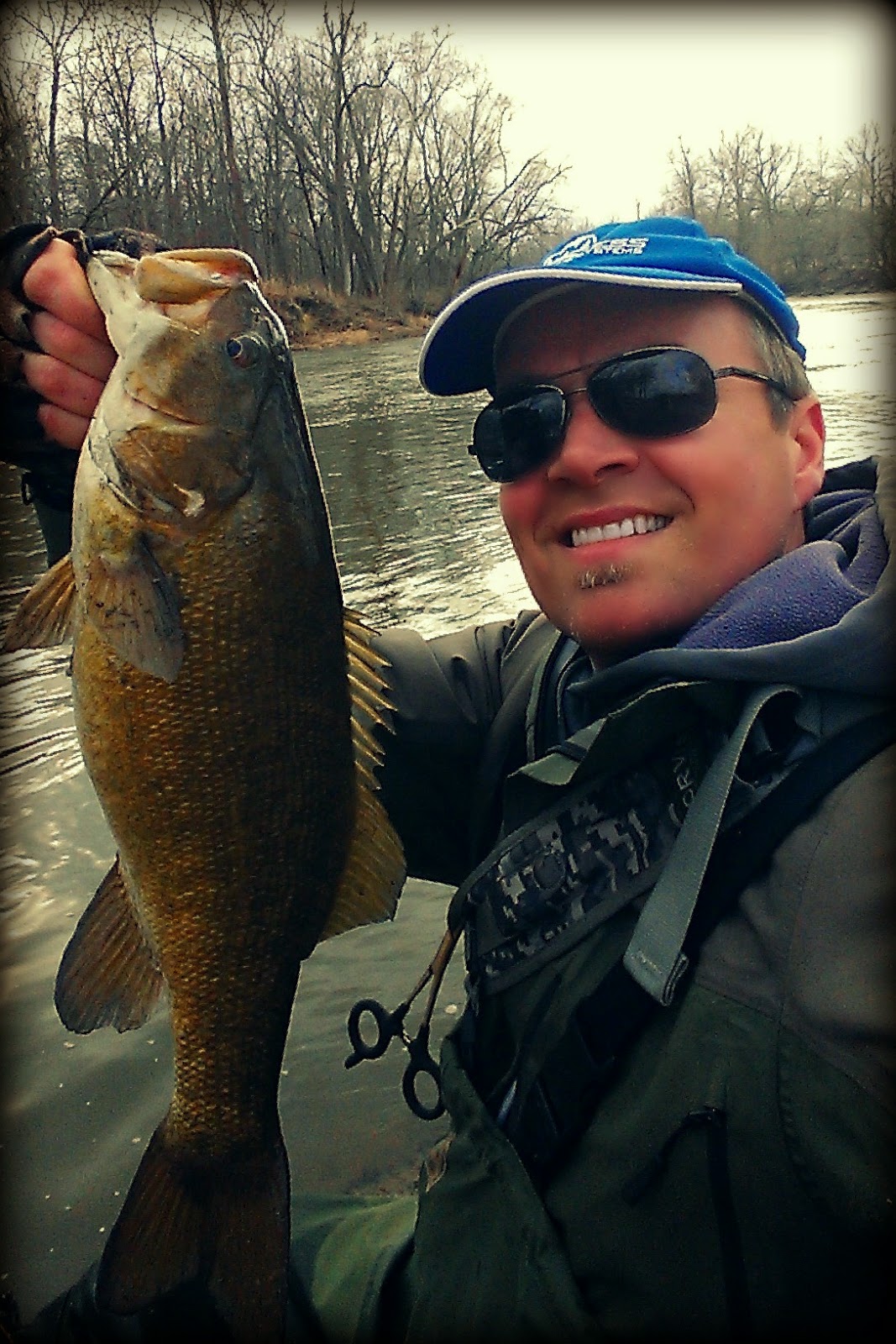 I set out to hit a couple other spots, but the flow had risen even higher. Visibility around 8". I headed home early to see flow had nearly reached 2000 Cubic Feet Per Second from the mid 200's! Had I known I would have brought a tube rod to fish tight on steep banks with undercuts. A black 1/4oz tube with 20/6# braid is just the ticket for cold dirty water bass.

Several of my "go to" Winter spots have been destroyed by last spring's ice flood. This could make hole hopping ineffective compared to the past as I try to stay in the bigger stuff in the hope for more 19-22" SMB.