Anglers often 1st talk about lure colors when they want to catch a bass. It is understandable to look for the simple reason to get a fish to strike. What I find under conversed on all the best forums is how to work a lure. 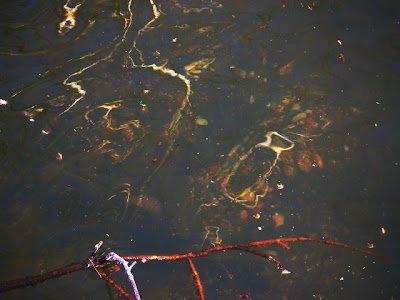 For many lures a visible color such as white allow an angler to see the action imparted by rod movements. Then when a strike happens, you can often see what triggered a strike.

The fish see your bait on every cast, without the data of knowing how the bass react to your lure, you simply may not catch as many of them.

Do they flee? Follow? Strike on fleeing attempts? When a lure bumps obstruction? Disinterest despite full view? Site fishing can be some of the most educational fishing you can have. No wonder anglers like their bass boat decks. It's why I like high banks to fish from. 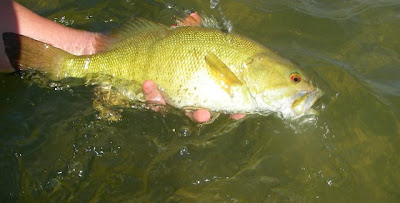 Color matters in this case in how you can see it and watch the fish react to your puppet strings. I strongly believe cadence is more important than color.

Dragging a tube not getting you bit? Work it like a jerkbait, or crank it slowly through the middle of the water column. Most moving baits like crankbaits, spinnerbaits are a lot more effective when you bounce and drag them off obstructions and nick the bottom.

Anticipating where a bass may hold and casting not to the point where he sits, but a point where he will react to some erratic movement in your bait. 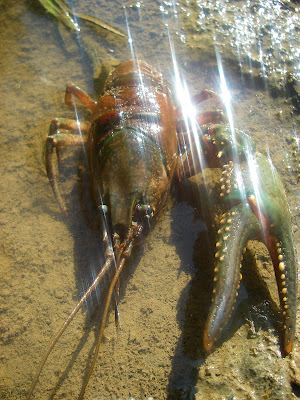 Ever played yarn with a kitten? Eventually they grow bored of playing kill the yarn, but partially flee it behind something and they get reactivated. Twitch, twitch, pause works awfully well doesn't it? Sometimes just letting it sit.

Like kittens, bass have moods. Put yourself in position to see them, record their reactions on many different days. You'll do yourself a favor when you fish for what you cannot see.
Posted by BT at 11:00 PM